The next big thing

It may be Boxing Day here in Australia, but apparently THE NEXT BIG THING BLOG thingy must go on.

Last week the very lovely Deborah Abela tagged me on her blog, as part of a chain of blog posts by writerly types called THE NEXT BIG THING, where authors are invited to wax lyrical about their next book.

Today it's my turn, and I’m going to be answering a bunch of questions about my new novel, Portraits of Celina, which comes out next April. Then I have to tag more writers who will tell you about their new books next Wednesday.

So let’s get this show on the road.

What is the working title of your next book?

Portraits of Celina. It will be out in April 1 next year – no joke! I’d show you the cover – it is amazing – but I’m afraid I can’t as there is going to be an official “reveal” and competition in February. Stay tuned.

Where did the idea come from for the book?

The idea snuck up on me. I was writing a totally different book for a younger age group, but it wasn’t working. After some scathing but "right on the money" feedback from my daughter, I decided to ditch that particular project. But the set-up and back-story I had created intrigued me and I couldn’t let my characters go. So I decided to go for a bit of an explore and see where it took me.

What genre does your book fall under?

This is a tricky one as it doesn’t fit neatly into a particular genre. A haunting thriller perhaps? It’s for readers aged 12+, and the back cover blurb describes it as “A ghost story. A love story. A story of revenge.”

What actors would you choose to play the part of your characters in a movie rendition?

There has been much discussion and daydreaming about this among the editors at Walker Books. But I think Ashleigh Cummings who played Debbie in Puberty Blues and Tomorrow When the War Began would do a great job of Bayley. Oliver I’d choose a hot newcomer from NIDA. Gran is definitely Jacki Weaver. And Bill Hunter (if he were still with us) is the perfect Bud.

What is the one-sentence synopsis of your book?

When the grief-stricken Anderson family moves to the lake house in faraway Tallowood, Bayley hopes that this will be their chance for a fresh start, but the house was witness to an awful tragedy forty years earlier and Bayley becomes entwined in her murdered cousin’s desperate yearning for revenge.

Will your book be self-published or represented by an agency?

Walker Books Australia will be publishing Portraits of Celina.

How long did it take you to write the first draft of the manuscript?

About eighteen months – I wrote most of it on the train during my morning commute to work.

What other books would you compare this story to within your genre?

Can't really answer this one yet – though some readers have seen parallels with The Lovely Bones by Alice Sebold.

Who or what inspired you to write this book?

My daughter, Lizzie, inspired (or strongly suggested) I ditch my original idea (which sucked, in her humble opinion) and explore the setting and characters and set-up I had created. She was so right!

What else about the book might pique the reader's interest?

Early readers (my publisher, editors, sales and marketing team, sales reps etc) have all commented on how genuinely creepy and suspenseful the book is. And there is a twist at the end of the story, which has taken everyone by surprise and has had them looking at me through narrowed eyes and saying things like “I didn’t know you had such a dark side, Sue!”

So that's it from me. It is now my duty to pass the baton on to other writers and as it is the holiday season and everyone is lying around a pool or on the beach somewhere reading the current big thing, I have only managed to tag two writers - the gorgeous and talented Sue Lawson and Steph Bowe. They will be posting on January 2.

Promote Your Page Too 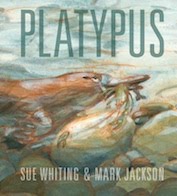 "Recommended ... A charming story of feeling safe, or overcoming a fear of the sea, this will have wide appeal to young children..." Fran Knight ReadPlus 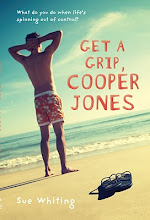 "Authentic, clever and entertaining: this one is a winner for readers of any age." Alice Nelson, The West Australian NOVEL 10+

"Hiding beneath deceptively simple sentence structure lies a story of hope that echoes for all ages. A Strange Little Monster will be a timeless tale of hope for years to come" Jo Burnell www.thereadingstack.blogspot.com/

Click on the cover for BIG BOOK classroom activities. 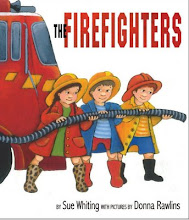 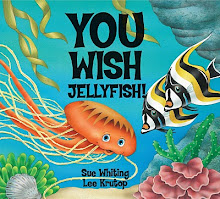 "This is a gorgeous underwater road trip for ages two and up about accepting who you are and looking at life from a different perspective." Junior Bookseller and Publisher